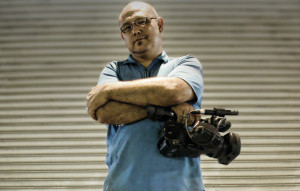 An early adopter, Dan has always been the first in cutting-edge production technology. He began his love for production 20-something years ago when he embraced the world of local cable. There, he honed his local television commercial skills, producing hundreds of unforgettable (and yes, a
few forgettable) advertisements that reached thousands of individuals on a daily basis. From Cable, Dan moved into teaching multimedia design for the Merced County Office of Education. With two partners he created We Three Multimedia, a multimedia oasis serving the Central Valley and offering services ranging from commercials to websites to live events. In 2006, Dan entered into the world of digital media, where he was one of the first in the industry to create a broadband television system, reaching hundreds of thousands with cutting-edge, captive-audience programming. Dan has been featured in numerous articles and books, including the best-seller, Digital Signage: Software, Networks, Advertising, and Displays. A lifelong Mercedian, Dan has brought his arsenal of talents back home. Running youbiquicast, a video production, podcasting and live streaming company, Dan is now looking to pass the torch, mentoring students in all facets of new media.